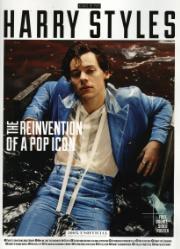 After five years of global superstardom with One Direction, Harry has forged a successful solo and acting career. He has just released the first single, Lights Up, from his upcoming second album, and is on course to hit Number One in the UK charts.