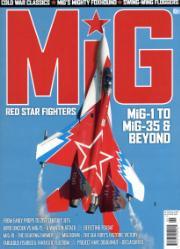 Since its foundation in the late 1930s, more than 55,000 aircraft of over 400 sub-types have been produced by the MiGDesign Bureau. From ArtemMikoyan¿s 25hp Oktyabrenokof 1937 to the Mach 2.8-capable MiG-31 Foxhound and the next generation of 21stCentury MiG-35s, this publication is a tribute to the designers, engineers and crews who have created, operated and flown the most famous of Soviet military aircraft. Superbly illustrated with stunning photography, this Special publication will be eagerly sought after by aviation enthusiasts the world over.