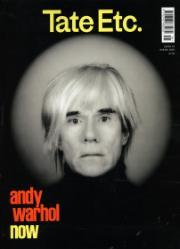 Tate is the art magazine with an international perspective which emerges from a close relationship with Tate and reflects the expanding role of the gallery in the contemporary cultural context. It is, however, an independent publication with its own voice and vision. Since its launch in 1993, tate s readership has increased to more than 80,000, making it Britain s best-selling art magazine. Unique to tatemag.com is the tate interview, a bi-monthly feature that brings you a diverse selection of discussions with many of today s leading practitioners and thinkers. This forms part of a continuing commitment at tate to question and explore the work of those who shape our visual culture. Past interviews have included Carl Andre, Gary Hume, Jasper Johns, Robert Rauschenberg and Mona Hatoum.