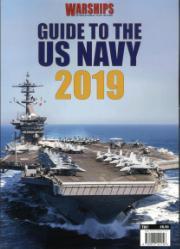 The United States Navy is the mightiest fighting force on the face of the planet, with a reach that extends from the depths of the ocean and into the skies while also stretching deep inland. It is heavily engaged in global operations, deploying ships, submarines and assault vessels along with their aircraft and embarked US Marines ¿ ready to keep the peace or wage war. The USN is simultaneously planning for the future, developing new vessels and weaponry, including striving to bring into service a revolutionary combat jet and evolving submarines and strike carriers to stay ahead of potential foes. Such topics will be analysed by a top team of writers in this exciting full colour 100-page publication. Featuring high impact imagery, it will include studies of the constituent parts of America¿s navy, not least profiles of major ship types and a look at other key units.