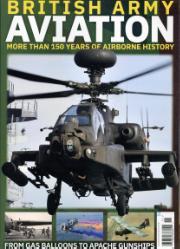 Army Flying tracks the history of The Army Air Corps dating back to the 19th century (using observation balloons), through to The Great War and up to the most recent conflicts around the world. Beautifully illustrated and with stunning photography, Army Flying includes a wide range of aircraft from The Great War, WW2 and up to recent conflicts in The Middle East. This eagerly awaited publication is timed to coincide with the re-opening of the newly refurbished Army Flying Museum and will be extensively promoted through Key Publishing¿s media channels and will be much sought after by history and aviation enthusiasts alike.