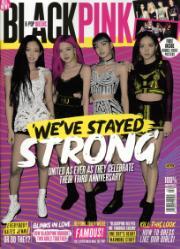 BLACKPINK are the world¿s largest female Kpop band and have out-passed even BTS with YouTube hits. BlackPink will be performing at Coachella before starting their world tour of Asia and Europe. Their single ¿As If It¿s Your Last¿ which was released in 2017, gave them the title of the fastest girl group to reach 400 million view. However, BLACKPINK broke their own record with their latest EP album `SQUARE UP¿ released in 2018. `Ddu-Du Ddu-Du¿ which is one of four tracks on `SQUARE UP¿ charted No. 55 on the Billboard Hot 100, which was the highest-charting hit ever by a KPOP girl group. Additionally, this song is renowned as YouTube¿s most-viewed Korean music video in 24 hours in YouTube history.