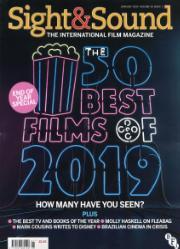 Covers the latest film and video releases, but the focus is on nuturing the British film industry. It also contains the happenings from all the film festivals and award ceremonies from around the world. Regular features include articles on television, and interviews with people in the industry. Contains authoritative and entertaining articles on contemporary and classic cinema from Hong Kong to Hollywood.Reviews every feature film given major distribution and lists the full credits for each one.